back to the index our experience

How we applied the Antifragility Principle to experience design. 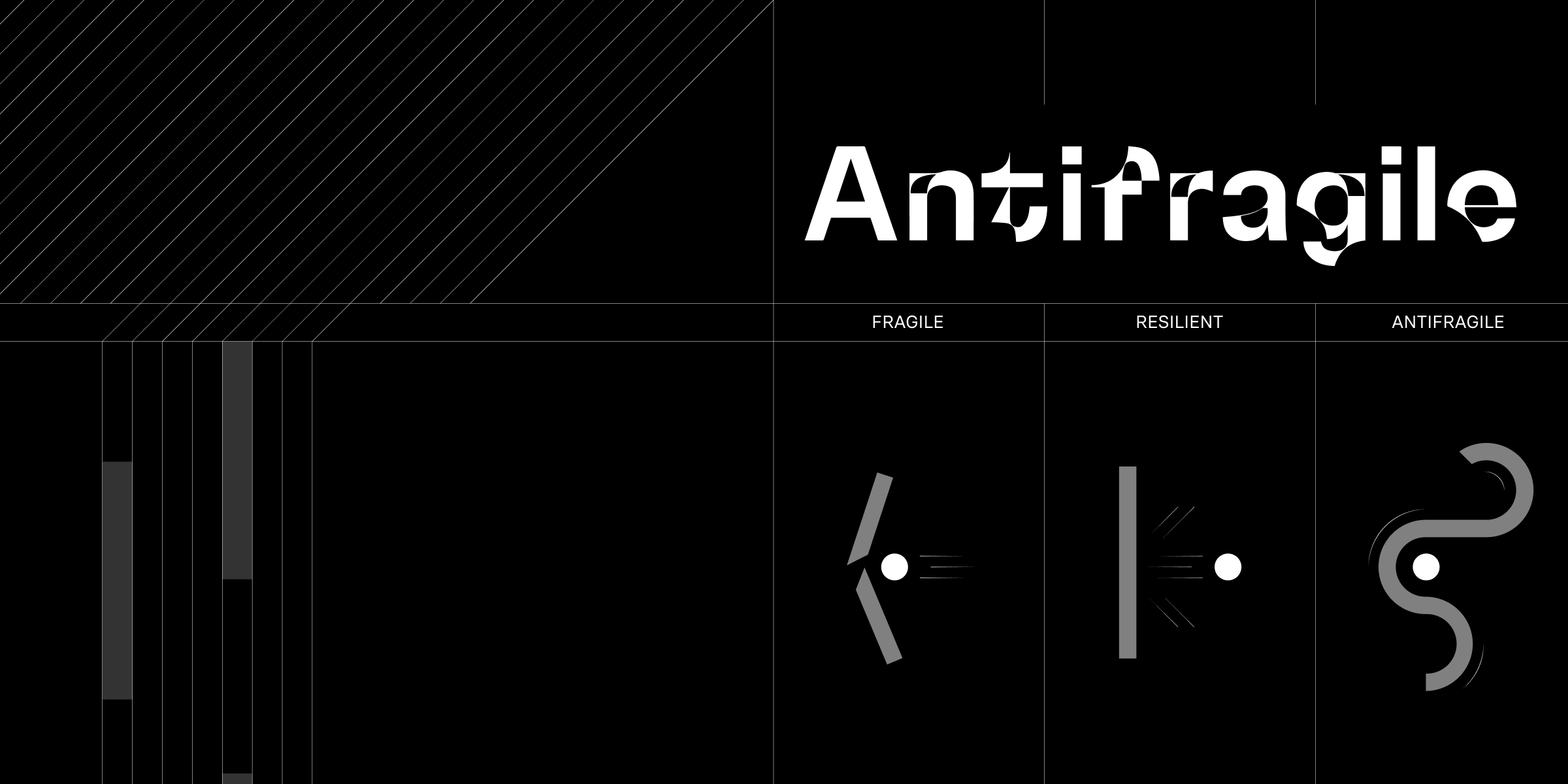 Being an interaction designer, I will tell you about my first antifragile design experience.

Like most designers, I usually fall in love with the project I follow (but only the best of them, of course!) And I struggle to accept free criticism.

I would like to talk about an experience that led me to challenge these beliefs, I began to put my design choices into a trouble, and most of the time, innovative and anti-fragile ideas came out of it.

But what is the Antifragility principle?

Antifragility is the true opposite of the concept of fragility. It denotes the characteristic of a system to change and improve in the face of external stressors in order not to protect itself but to adapt. An antifragile system embraces the unexpected, uncertainty, positively assumes the risk.

It is applicable to any context: a forest, a company, an object, a program, an individual, a planet, anything that can change, adapt and improve thanks to traumatic events. It indicates the attitude of some systems to change and improve in front of stimulus, stressors, volatility, disorder. As described by Nassim Nicholas Taleb in his book Antifragile.

And there have been many unforeseen events in the last period.

To properly understand the antifragility concept, it is necessary to define its direct opposite: fragility. A fragile system is perpetually exposed to events that can compromise and destroy it.

But how can we do to protect it? We have to take measures that make it stronger, in order to implement the concept of resilience and raise the level of failure of the system itself. But stronger does not mean antifragile. An antifragile system undergoes the traumatic event, makes it its own and uses it to evolve.

How the pandemic made our project antifragile.

Last March, more precisely on Monday 9, instead of the usual meeting for the Antifragile Project (we will call it like that because we cannot reveal its name yet), we started the first video call with our client.

For the first time, after a few months of work, we didn’t make an appointment at the office, we didn’t book a meeting room or chatted over a coffee before starting to talk sitting at the same table. We clicked on the “Join the meeting” button directly from our home. We had reduced most of the human interactions we were used to on a video call, weird right? Well after all, a few days ago in Italy the pandemic alert from SARS COV-19 was triggered, a major event that has locked the entire nation in its apartments.

At that time we were working on the ancestor of the Antifragile Project, of which we were very proud, but due to this global crisis we felt that our design priorities had changed. We wanted to exploit the historical moment as a validator of the idea itself, and this was exactly the case.

We used the chaotic moment as a reason for evolution.

In a few weeks we have revolutionized the concept, redefined a timeline and expanded the project team. We have transformed our communicative urgency of the moment into an objective to be achieved and we have used the existing social transformation as the object of our study.

In fact, Taleb writes in his book that “The excess energy that arises from the hyper-reaction in the face of a difficulty is what allows us to innovate”.

After 19 meetings for a total of 47,5 hours of political, social and scientific discussion with our client, we reached a saturation point last June. Date on which we decided to block the project for a predefined period: two months.

We were convinced that the perception of space and time was relevant to the historical moment and social context, so we wanted to test the credibility of the project by blocking it and taking it back in hand with new awareness, two months later.

Two months later we set up a “State of the art of the antifragile project” meeting in which we reviewed the material produced up to that point (concept, user flow, wireframe, brand identity and manifesto). It was one of the most exciting meetings of my career so far, we were all satisfied in that meeting and even more convinced that that project would find fertile ground.

That lineup after months, very risky at an economic and professional level, has made us to question the entity itself of the antifragile project. But the internal test had successfully exceeded all expectations, we were all motivated to proceed and arrive at an MVP prototype to be tested. And we did it.

The resilient resists shocks and stays the same; the antifragile gets better.

Now I’m writing this article as I apply small changes to the experience and user interface to the antifragile project, the remote testing has been a success and an explosion of insight.

What have we learned from this experience?

Well, surely to listen to both ourselves and the surrounding environment, and then we learned to question everything, our assumptions, our experience choices, right from the most embryonic stages of the project.

Today we are convinced that the change of course generates innovation and true innovation is not created in situations of ease and safety, but in a situation of chaos.

Kintsukuroi is the ancient Japanese art of repairing shattered ceramics with gold. They do not hide the fractures, but they enhance them with gold, since they consider that a repaired vase shows both fragility and the strength to resist.

In this monumental sculpture, the artist Yee Sookyung used fragments of broken vases joined together with gold joints. This is, from my point of view, the best interpretation of anti fragile principle.

Get a whiff of what's cooking @
THINGS?

We won't spam you. Promise!

We use cookies to ensure that we give you the best experience on our website. If you continue to use this site we will assume that you are happy with it.Close